RePORT Brazil is a joint venture among the Departamento de Ciência e Tecnologia/Ministério da Saude (DECIT), the U.S. Office of AIDS Research and NIAID, co-funding a team of Brazil- and U.S.-based investigators to enroll people with active and latent TB in Brazil. Three sites in Rio de Janeiro, one in Manaus, and one in Salvador were selected to enroll up to 1,200 active TB cases and 2,700 close contacts of those TB cases (RePORT-Brazil phase 1). During phase 2 of enrollment (from 2021 to 2026), our plan is to enroll 1,000 new TB cases and 2,000 close contacts.

The consortium sites also represent a diverse population and are enrolling into a single protocol, which is harmonized with the RePORT International Common Protocol. Vanderbilt University Medical Center is the U.S.-based academic partner working with RePORT Brazil. RePORT Brazil is led by a scientific and steering committee composed of researchers and members of NIH and Brazilian Ministry of Health, who provide leadership, governance, and guidance to the consortium. 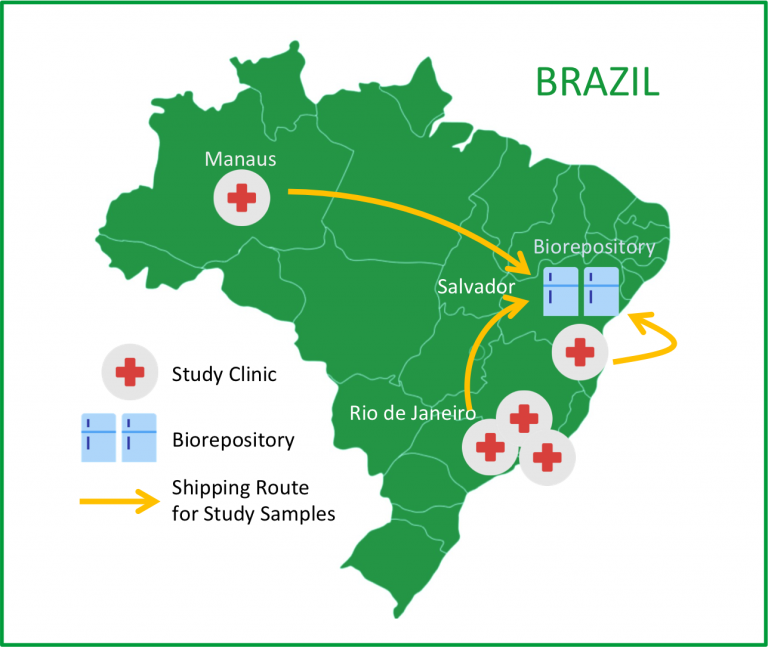